I was kindly asked by Hung Lee to answer 20 questions for the Recruiting Brainfood Tribune.

1. Do you remember a time when you were happiest as a child? Where were you, who were you with and what were you doing?

I was born in London and moved to Dublin when I was five. I used to spend every school holiday in London with my dad, who ran a pub called “The Load of Hay” in Hendon. That place was a giant playground to me. I spent every day hanging around the kitchen, waiting for scraps of food. Great times!

2. At what age did you become an adult? What happened, and how did you know?

I think I was 22 when I finally realised the carefree fun and games were over. In 2008, I was a year out of university and was made redundant twice in four months from my first two recruitment agencies. I ran away to Australia after the first and then got made redundant the week my Australian visa came through. I was so poor and panicked that I signed up to volunteer for clinical research trials. I made the adult decision not to risk my liver. I still get their monthly emails which I find weirdly motivating.

3. If you wrote a ‘user manual’ for how people should interact with you, what would be the most important point in the manual?

I’m much more comfortable listening than talking. I can’t tell a story to save my life, but I struggle with long-winded people. I love direct and concise communication. Be open and honest because I hate feeling like someone isn’t themselves.

4. What are the three books that you would unhesitatingly recommend to others? Why?

5. When was the last time you changed your mind about something really important? What was it, and what led you to change your view?

I did an implicit bias test about six years ago and learned that I was pretty homophobic. I initially laughed because I happen to be gay with a gay brother. I spent a lot of time overthinking it (favourite hobby) and realised I was still dealing with a bit of self-hatred. I hate being labelled, but I realised that I needed to clap more for all the loud and proud who paved the way for me to live my very “normal” life. I ended up volunteering to organise Facebook Dublin’s pride parade that year. I’m more of an introvert, so I hated every second of walking through town with people clapping at me but I think it was important for me to do. 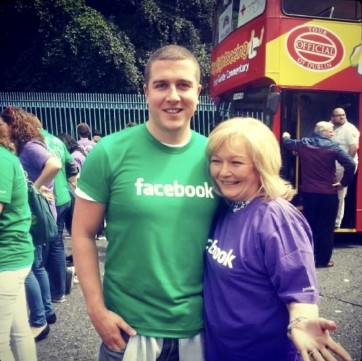 6. What personality trait has got you in the most trouble? What kind of trouble does it get you in?

I’m very self-critical. I see it as a strength in a lot of ways, but I think it damaged my earlier career. I lacked so much confidence in my 20’s and still feel more comfortable rhyming off all the things I’m awful at. I once quit a job before I was put on a performance plan because I told my manager that I’d lose sleep over the idea of public speaking. She felt I didn’t have the confidence to build the recruitment desk for the brand. That was a turning point for me, and I learned to try to hide my crumbly self-esteem.

7. On what topic would you never make a joke? Why?

Race. I read “Why I’m No Longer Talking to White People About Race” a few years ago and try to be actively more anti-racist. I hate letting other people’s “jokes” get by me without calling it out. It’s led to a fair few arguments.

8. Have you always had the same political beliefs? If so, why do you think you have held them so long? If not, what event caused you to change your view?

I was never really interested in politics until 2016 blew my mind. Brexit and Trump made me aware of the echo chamber I was living in. I still try to limit my exposure to politics because it’s so overwhelming.

9. What’s the last image on your camera roll? Can you explain? 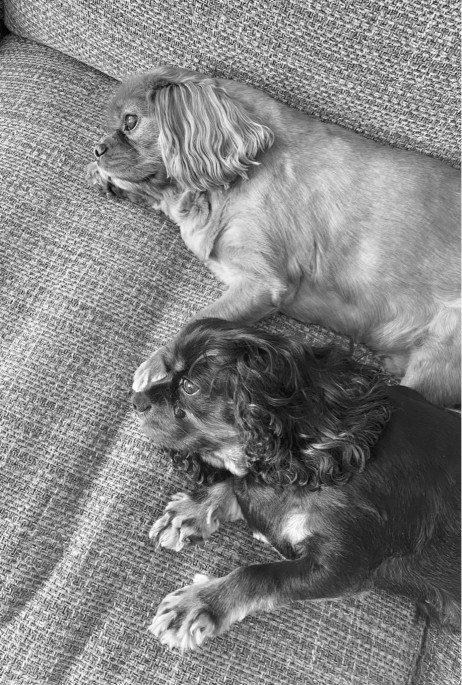 10. What is the best purchase you’ve made recently? Why?

I just bought my first house last week. If you’re self-employed in Ireland, you need three years’ accounts before you can get a mortgage, so I’ve been obsessing about this for years. I knew I was gambling my chances of being able to buy a house when I left a relatively safe in-house job to set up Re:Work. 2020 is not the ideal year to specialise in building people teams, so I feel really relieved to scrape this house through finally. 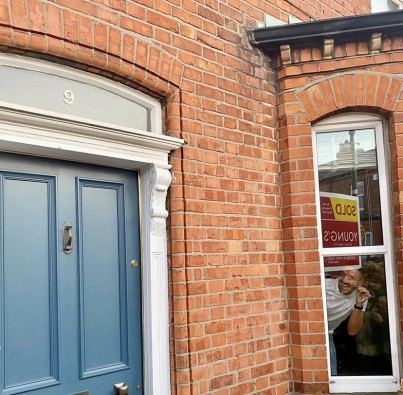 11. If you were a giant mega Monster what city would you rampage first? Why?

Controversial but I’d rampage Dublin. I love the people so I’d give everyone a heads up to run before I smash up every ugly, overpriced house so we can start again.

12. If you were to survive the zombie apocalypse, what role would you play in the new society that would follow?

I’d be the feeble one with no relevant life skills to offer.

13. What decision makes you say, “What was I thinking??” when you look back on your career?

Honestly, I’m still surprised I didn’t overthink my way out of setting up my own company. My close family and friends still probably think it’s weird that I function so well in my day job.

14. Tell me about that one project that was a total off-the-rails disaster? What was your role in that shitshow?

I attempted to do a salary survey for recruiters in tech last year. I worked with a reward consultant for a couple of weeks, and it was just a shitshow. Some things are best left to Radford.

15. What’s the one bad quality you wouldn’t mind in a colleague? Why?

I love an overly opinionated colleague who calls things out when they see through the bullshit or a process that’s not working. I hate when everyone goes along with how things have always been. Please tell me if I’m talking rubbish or holding something back.

16. Have you ever been the weakest member of a team? How did you handle it?

17. When it comes to our work and industry: what scares you most?

Under-resourced people teams with unrealistic expectations. We’re still trapped in a hamster wheel of reactive recruitment and way too many CEOs still don’t value the People function as much as they should. You can’t be a strategic business partner if you’re not set up for success. We’ve come a long way in the last ten years, but we need to get better at championing what we do and improve our ability to influence C-level.

18. What’s one industry challenge you don’t think will ever get solved?

Bias. People are so messy and flawed that I think it’s next to impossible to solve. I love companies like Swyg who are pushing for innovation, but we all need to do our part by understanding our own bias first. You too could be a gay homophobe and not know it yet :)

19. If you could add a question for the next person to answer, what would it be?

“How are you? Honestly.” – I don’t think we talk about our mental health enough. I’d love to see more people speak openly about how challenging the constant grind of startups and scaleups can be. We’d see less career movement if people set more personal boundaries to avoid burning out.

Hung Lee. Tell us your secrets!